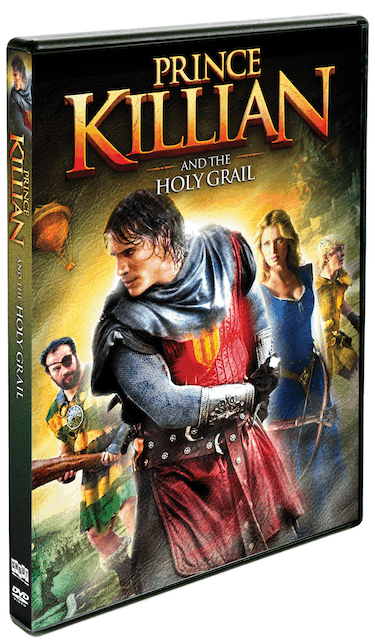 Shout Factory’s Prince Killian and the Holy Grail on DVD!

On April 29th, Shout! Factory is set to release Prince Killian and the Holy Grail on DVD!!
Check out the trailer below:

PRINCE KILLIAN AND THE HOLY GRAIL

TO BE RELEASED ON DVD BY SHOUT! FACTORY

During the Third Crusade in Palestine, the heroic knight-errant Prince Killian is entrusted with a sacred mission: to retrieve the Holy Grail from the clutches of an evil wizard. Killian, with the assistance of his loyal sidekicks – clever young Crispin, portly Goliath, and the beautiful Viking Princess Sigrid of Thule – must leap into action in order to reclaim the Grail, and possibly turn the tide of the Crusades!

Starring Sergio Peris-Mencheta (Resident Evil: Afterlife, The Borgias), Natasha Yarovenko (Room in Rome) Manuel Martinez, and Adrian Lamana (The Devil’s Backbone), Prince Killian and The Holy Grail is a thrilling experience for fans of epic adventure and classic comics alike. The quest has begun. Heed the call of Prince Killian.