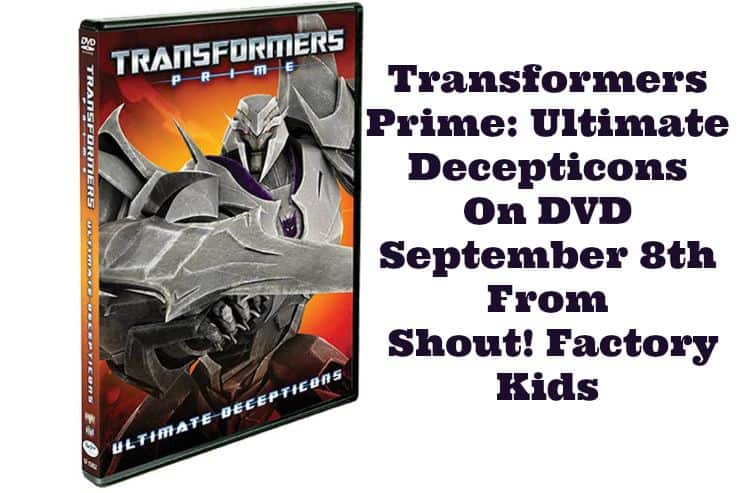 AN INTERVIEW WITH SCARLETT JOHANSSON MARVEL’S AVENGERS: AGE OF ULTRON

Spring into action with the Autobots from Hasbro Studios’ Emmy® Award-winning series TRANSFORMERS PRIME!  Beloved by kids and legions of fans worldwide, OPTIMUS PRIME boldly serves as the leader of an elite squad of trusted Autobots. On September 8, 2015, Shout! Factory Kids, in collaboration with Hasbro Studios, will release TRANSFORMERS PRIME:ULTIMATE DECEPTICONS on DVD, featuring a collection of five epic Autobots vs. Decepticons adventures from the TRANSFORMERS PRIME lore. Packed with visually stunning CG animation and unforgettable characters, this new DVD delivers fun-filled home entertainment that kids and parents will enjoy!

While the Autobots have vowed to protect Earth, Megatron and his treacherous Decepticons have vowed to strip it of its valuable Energon, no matter the cost. Somehow, Optimus Prime and his Autobots always seem to get in the way. With Ultimate Decepticons, you can now see five of the greatest Decepticon stories, featuring Starscream, Skyquake, Makeshift, Airachnid, Dreadwing, Predaking, Knock Out and more of your all-time favorite transforming villains!

AN INTERVIEW WITH SCARLETT JOHANSSON MARVEL’S AVENGERS: AGE OF ULTRON