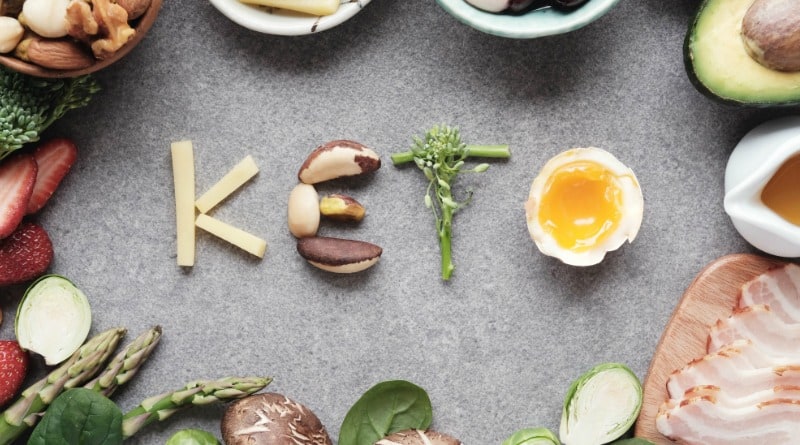 Dieting can seem like a lost cause. Most people on the diet train have had so many failures or dealt with too many fake diet plans to have any hope in prescribed diets.

There’s a new diet that’s becoming increasingly popular, though, and you might find that it works for you. We’re talking about the keto diet, and it’s one that isn’t so much a subscription to a meal plan and an ideology, but a scientific method of losing weight.

We’ll cover what the keto diet is in addition to suggesting a ketogenic meal plan for you to dig into when you get started. Let’s take a look.

What is the “Keto” Diet?

“Keto” is short for ketogenic, which is a word describing something that puts your body into ketosis.

Ketosis is a process that human bodies undergo in times when we don’t have carbs to produce energy. Instead of using carbohydrates to produce the energy we need to function, ketosis kicks our body into using fat deposits to find that energy.

How Does It Work?

When you implement a keto diet or find yourself in situations where your body is lacking carbohydrates, your levels of insulin will drop. The drop in insulin triggers your fat stores to let go of fatty acids in mass quantities.

Ketones are a great source of energy as they can move through the blood-brain barrier, giving our bodies and minds energy. Seeing as your body was designed to save fat deposits for this particular reason, it makes sense that you would have a little extra pudge on you sometimes.

Your body doesn’t know that you live in the 21st century. It still thinks you might need to resort to those energy deposits at some point if you run out of access to food. When you cut carbs out, your fat deposits activate and release energy for you to keep moving.

The nice thing about the keto diet is that your body was designed to use fat deposits in this way.  It isn’t some sort of unhealthy destruction of the body; it uses your body’s processes to help you lose weight.

Moving forward, we’ll cover different ways to make sure your diet is in tune as well as make suggestions for meals.

Getting Started with the Keto Diet

You might need to drastically change your diet in order to start seeing effects. The idea behind a keto diet is to eat foods that are very low in carbs and high in fats. It isn’t just a matter of lowering your carb intake, though.

You’ll have to significantly cut back on carbs. You won’t go into ketosis if you aren’t consuming less than 50 grams of carbs a day, even fewer as you move forward with the diet. That is more difficult than it sounds, though.  Here’s a great article by Bodyketosis explaining how to get started with the keto diet.

There are a number of eating cycles that people on ketosis diets subscribe to.

The straightforward version of the ketogenic diet contains roughly three-quarters fat, one-fifth protein, and just 5 percent carbs. The ratio of fat to protein can also be adjusted down to 60 percent fat and 35 percent protein.

That dispersion of foods and substances for your body to use is optimal to achieve ketosis. There are additional variations for bodybuilders and athletes as well. Some people suggest eating carbs before and after working out or having two days where you reintroduce carbs.

We recommend getting started by simply shifting your diet toward the ratio suggested above. You might find that you benefit from introducing carbs around workouts or on certain days, but that’s something to try when you’ve laid the foundation.

It can be difficult to drastically change the way you eat. Most people can handle the change for a few days, only to find that their cravings for bread and pasta get the best of them. Take things slowly.

When we get too ambitious and try to implement all of our goals at once, we overload and fail. It’s essential that you make progress, especially when it comes to your body, at a slow pace.

How to Straighten Your Spine

We’ll start by focusing on what you cannot eat often on a keto diet. Some of the sources of carbohydrates on this list might surprise you.

First off, you should cut your fruit intake down significantly. We typically think of bread as being the main source of our body’s carbohydrates, but fruits are actually packed with them.

Next, potatoes and any of their variations are off the table, like french fries and chips. Pasta and most noodles are going to be large sources of carbs, so those should also be limited or cut out of your diet.

Most candies and sweets are also going to be high in carbs. Finally, the kicker, beer should be off of the menu while you’re on a keto diet.

On the other hand, you can still eat many of the delicious foods that you love so much. Things like meats, vegetables, natural fats, fish, dairy, and cheese products are all available to you. In fact, we recommend that you eat a whole lot of these things.

You can take this as an opportunity to expand your cooking horizons with ideas like this cookie recipe. Limitation often proves to be freeing, giving you constraints and forcing you to be creative with your cooking ideas.

Look into more specific diet ideas for those doing keto and start to plan out your path to fitness. You can also check into the keto diet pills featured on Shark Tank. Good luck!

Keto Not for You?

A ketogenic meal plan might not work for your lifestyle. Some people have diet and health restrictions that prevent them from trying this diet.

It’s important to keep looking for things that work, though. Visit our site for more diet information that could push you to start feeling and looking better!