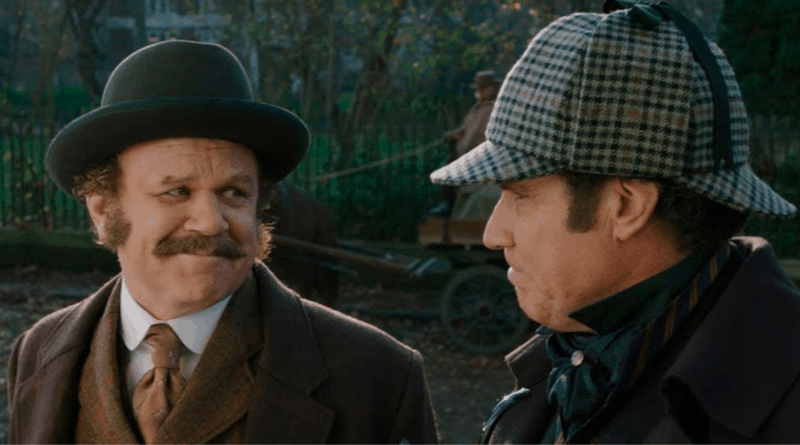 6 Kinds of Japanese Comfort Food for the Winter Season

The Outrageous Funny Will Ferrell and John C. Reilly
Reunite as the Classic Crime-Solving Duo

Packed with over an hour of bonus features, including a Line-O-Rama, Three Featurettes, and Eighteen Deleted and Extended Scenes

CULVER CITY, Calif. (February 14, 2019) – Fan-favorite comedy duo, Will Ferrell and John C. Reilly (Talladega Nights: The Ballad of Ricky Bobby and Step Brothers) team up for a brand-new take on the timeless characters of Sir Arthur Conan Doyle in HOLMES & WATSON, debuting on Digital March 26, and coming to Blu-ray™ and DVD April 9 from Sony Pictures Home Entertainment. Go back in time to witness the legendary detective Sherlock Holmes, played by Will Ferrell (Anchorman), and his trusted sidekick John Watson, played by John C. Reilly (Stan & Ollie) as they are tasked to solve a murder at Buckingham Palace before the Queen becomes the killer’s next victim. Rebecca Hall (Vicky Cristina Barcelona), Rob Brydon (The Trip), Kelly Macdonald (No Country for Old Men), Ralph Fiennes (Grand Budapest Hotel) and Lauren Lapkus (“Crashing”) round out the entertaining supporting cast. Writer/director Etan Cohen (Men in Black 3, Tropic Thunder) helms the historical caper.

HOLMES & WATSON’s Blu-ray™, DVD, and Digital bonus features are filled with never-before-seen footage, including eighteen deleted and extended scenes, a Line-O-Rama full of improv and outtakes as well as three new featurettes. In “Will and John: Together Again,” watch the film’s stars’ incredible comedic chemistry in their first film back together in a decade, as they reminisce about their experience working together and revel in their on-set antics. “Seriously Absurd: The Cast” shows how Rebecca Hall, Lauren Lapkus, Ralph Fiennes and Billy Zane manage to keep straight faces during production. Finally, “Mrs. Hudson’s Men” proves why the world’s most famous artists, scientists and authors can’t resist the allure of Kelly Macdonald’s Mrs. Hudson.

Synopsis:
The stars of Step Brothers are reunited – this time playing the world’s greatest detective and his loyal sidekick & biographer – as Will Ferrell and John C. Reilly star as HOLMES & WATSON. Together they join forces to solve a murder at Buckingham Palace. They soon realize that they only have 5,760 minutes to solve the case, or the Queen will be next.

HOLMES & WATSON has a run time of approximately 90 minutes and is rated PG-13 for crude sexual material, some violence, language and drug references.

The Movies Anywhere Digital App simplifies and enhances the digital movie collection and viewing experience by allowing consumers to access their favorite digital movies in one place when purchased or redeemed through participating digital retailers. Consumers can also redeem digital copy codes found in eligible Blu-ray™ and DVD disc packages from participating studios and stream or download them through Movies Anywhere.  Movies Anywhere is available only in the United States.

6 Kinds of Japanese Comfort Food for the Winter Season