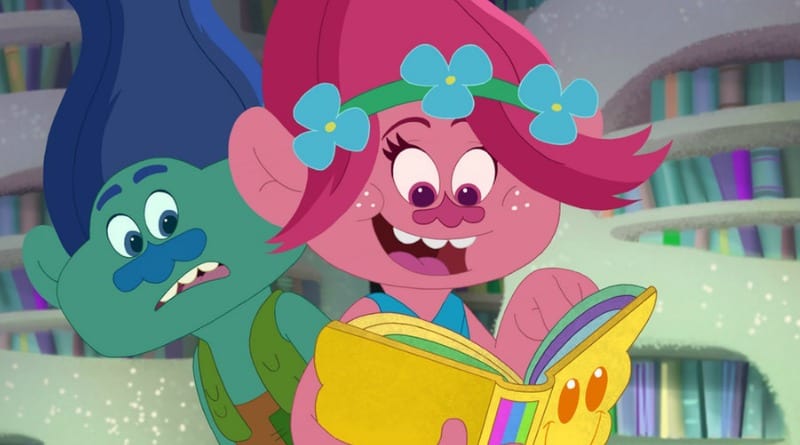 4 Safety Features Your Next Family Vehicle Needs To Have

Our favorite Trolls are back in all new hair-raising adventures in the third season of DreamWorks Trolls: The Beat Goes On! Six new episodes of this delightfully musical series premiere on Netflix this Friday, August 24.

DreamWorks Trolls: The Beat Goes On! returns with the voices of Skylar Astin (Pitch Perfect) as “Branch”, Amanda Leighton (The Fosters, This Is Us) as “Poppy”, Kari Wahlgren as “Bridget”, Fryda Wolff as “DJ Suki” and “Satin/Chenille”, Walt Dohrn as “Smidge”, David Koechner (The Office, Anchorman)  as “Buzby”, along with more of the colorful voice cast from the previous seasons. This season includes five new original songs and tons of more fun in Troll Village!

Synopsis: Poppy, Branch and all of Troll Village are back in all new hair-raising adventures in season 3 of DreamWorks Trolls: The Beat Goes On! While Branch must learn the ancient Trolls martial art of “hair-jitsu,” Smidge tries to impress her new crush, the village “critter-narian,” and DJ Suki sets out to stage the most awesome party ever.

7 Festival Tips for a Great Time

DreamWorks Animation Television is one of the world’s leading producers of high-quality, animated family programming, reaching consumers in more than 190 countries.  Creating a diverse array of original content in a variety of formats and delivering deep, fully immersive worlds served up with compelling characters, the prolific studio has garnered 22 Emmy? Awards since inception in 2013 and is home to such beloved series as Trollhunters, Spirit Riding Free, Trolls: The Beat Goes On!, The Boss Baby: Back in Business, Voltron Legendary Defender, Home Adventures with Tip & Oh, Harvey Street Kids, Dragons Race to the Edge, All Hail King Julien and The Adventures of Puss in Boots. DreamWorks is a division of the Universal Filmed Entertainment Group within NBCUniversal, a subsidiary of Comcast Corporation.

4 Safety Features Your Next Family Vehicle Needs To Have