Just Dance 2016: Dance Your Way Through the Holidays

One of the popular games in our house is Guitar Hero.  This year Guitar Hero Live is going to be the next big thing! With over 200 songs by artists such as The Fray, Green Day, Paramore, Black Veil Brides, Iggy Pop, Fall Out Boy, Blink-182, Lenny Kravitz, and the list goes on and on.

Musical variety is at the heart of Guitar Hero Live. Hundreds of songs are playable now; spanning multiple genres, from classic rock to metal to indie and more. Plus they will be adding more as time goes on.

When You TAKE THE STAGE

Playing music in front of a real crowd is like no other experience. With the new GH Live first-person view, YOU’LL take center stage like never before.

Can you not wait to play this game?  Is like never before.  If you have always wondered what it would be like to be “live” in the show, this version of Guitar Hero is going to allow you to totally have that experience. 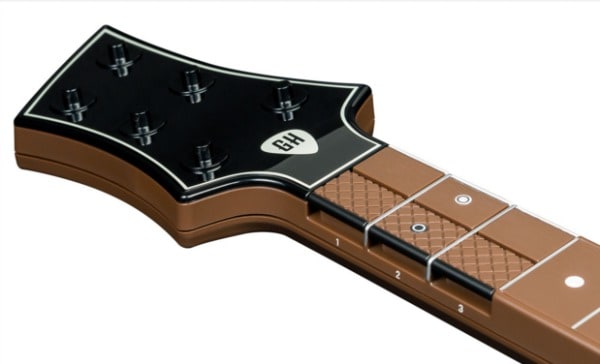 In Guitar Hero Live, you’ll take the stage in a variety of venues. You’ll play in the small clubs and on the massive main stage of an outdoor festival, rocking out every step of the way. This is where the fun really starts and continues. 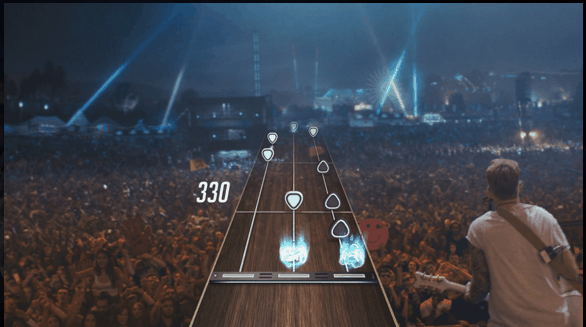 With its origins in the independent festivals that established the live music scene in and around Boulder City, Rock the Block is fast becoming one of the most prominent music events in the U.S.A. The drawing is increasing in numbers of music lovers every year. Rock the Block is a spontaneously evolving event that encourages its guests and passers-by to be drawn into its unique experience.

A staple of the British music festival scene, SoundDial is now the biggest outdoor event in the UK, boasting an attendance of over 300,000 spirited festival-goers every year. Bringing together the best musical talent and the natural beauty of the English countryside, it attracts a diverse demographic of people of all ages, embracing all cultures and nationalities.  This is another reason that this is such an incredible game to give the guitar “hero” in your home.

The all new Guitar Hero. One game. Two ways to play. GH Live, where you can rock real crowds with real reactions. And GHTV, the world’s first playable music video network. Because the constant updating of the library with hundreds of videos across genres, there’s something for everyone. Make sure you’re one of the first to rock out.

You can follow them on their social media channels below:

Just Dance 2016: Dance Your Way Through the Holidays