**Disclosure:  I received a copy of MidSommar in order to facilitate my review.  All opinions are my own.

My Review of MidSommar

Ari Aster has an insightful and understanding of human nature. As any film director working today, and it’s his dark sensibilities mixed with his relevant, subversive messages that make his films so compelling.

There is a lot going on within Midsommar. More than one review can do justice. This movie reminded me more of one girl’s passage through pain, suffering, and heartache, which ends eventually in a transformation.

Midsommar is about a younger couple in a relationship who are Dani and Christian. While spending a month in Sweden to witness the summer rituals of a different group called the Harga. Dani (played by newcomer Florence Pugh) is in grief from a tragedy. With her failing relationship with her distant boyfriend Christian (Jack Reyner), she thinks the change of scenery might be a good idea for them. But in truth (spoiler) it isn’t.

During Dani’s grief, Christian is not capable of helping her through with his frat boy mentality. It is obvious each time they are on screen together their relationship is not going anywhere. I felt bad for Dani. She’s alone in this dark place with no comfort but a non-attentive boyfriend, and his two male friends, only seem to know how to be sarcastic. Pelle is the only person who gives any support to Dani. Although he is Christian’s friend he is the only one who seems to be able to keep the “peace” so to speak between these travelers from America and the village.

So who are the real villains here? The ominous commune, or the intrusive, disrespectful Americans who have no respect for different cultures other than getting what’s theirs.

The writer is a master at manipulating our expectations and probing the poisonous contents of the American Heart. In this movie, the director shows just how rude the American people can be. 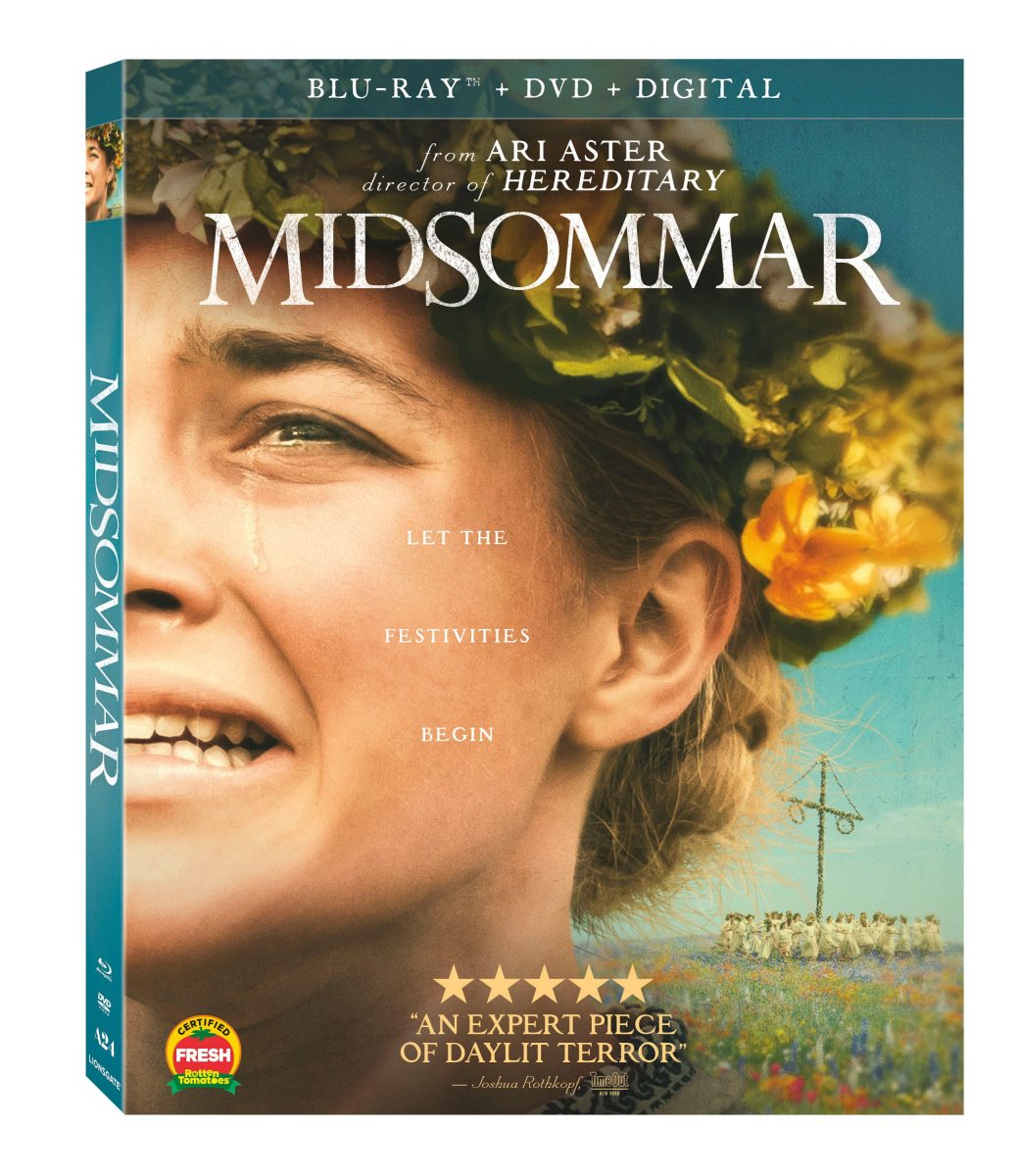 After a family tragedy, a young American couple joins some friends at a midsummer festival in a remote Swedish village. What begins as a carefree summer holiday takes a sinister turn when the insular villagers invite their guests to partake in festivities that grow increasingly unnerving and viscerally disturbing. From the visionary mind of Ari Aster (Hereditary), comes this dread-soaked cinematic fairy tale where a world of darkness unfolds in broad daylight.

The Process of Creating a Successful TV Show

Bring home Midsommar and unravel the mystery behind the making of this harrowing tale with a never-before-seen making-of featurette, offering insight into Aster’s vision. The Midsommar Blu-ray Combo Pack and DVD will be available for the suggested retail price of $39.99 and $29.95, respectively.

ABOUT LIONSGATE
The first major new studio in decades, Lionsgate is a global content leader whose films, television series, digital products and linear and over-the-top platforms reach next generation audiences around the world.  In addition to its filmed entertainment leadership, Lionsgate content drives a growing presence in interactive and location-based entertainment, video games, esports and other new entertainment technologies.  Lionsgate’s content initiatives are backed by a nearly 17,000-title film and television library and delivered through a global sales and distribution infrastructure.  The Lionsgate brand is synonymous with original, daring and ground-breaking content created with special emphasis on the evolving patterns and diverse composition of the Company’s worldwide consumer base.

Make Your Home Fit For A Dog