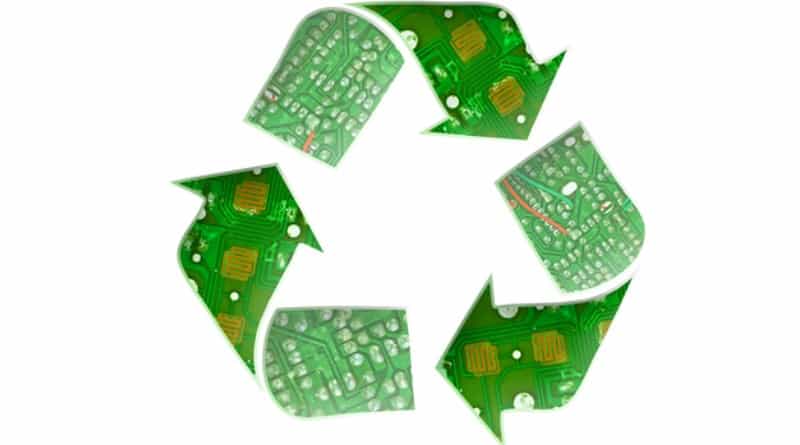 Old electronics devices have become a major contributor to global waste. Global waste from electronic items, known as “e-waste,” reached a record 45 million tons in 2016, an eight percent increase from 2014, according to the United Nations. Rising incomes and falling prices for items such as refrigerators and solar panels helped account for the increase. At current rates, by 2021, global e-waste will reach 52.2 million tons.

Erase Personal Data from Your Devices

For certain electronic devices such as computers and smartphones, a preliminary step before recycling is deleting your personal information. Failing to properly wipe your data can leave you vulnerable to identity thieves.

When deleting data from smartphones, the first step is to remove any SIM or SD cards, which contain contact information. Likewise, remove external drives and USB ports from computers, discs from gaming consoles, and memory cards from digital cameras and media players. For computers, you can remove and destroy your entire hard drive if your wish, although then you won’t be able to resell your computer.

Next, back up any data you want to save. You can then delete your data. For smartphones and gaming consoles, the easiest way to do this is to do a factory reset. For computers, simply deleting your data can allow it to be recovered, so the best option is to do a secure wipe, which overwrites your deleted data multiple times to make it much more difficult to retrieve. For extra protection, subscribing to an identity theft protection service can alert you in the event someone does manage to recover your data.

After deleting your data, you’re ready to recycle. Organizations such as Call2Recycle provide locations around the country where you can drop off used batteries and smartphones. Many communities also have electronics collection days, which you can find listed by state at E-cycling Central.

Sell or Donate What You Don’t Recycle

For items you don’t or can’t recycle, another option is selling them. You can sell for a profit or donate to a charitable cause. For instance, eBay for Charity allows you to sell your old electronics and donate part or all of your profits to charity. Also, BingBongTec allows you to sell broken iPhones besides other types of smartphones and tablets.

Another option is simply donating your devices to charity. For example, AmericanCellPhone.org will collect your used smartphone and resell it or recycle it, with proceeds going to charity. Goodwill sponsors Dell Reconnect, which accepts donated computers and computer accessories such as monitors, printers, and keyboards.

Recycling is easier than most people think. After you delete any personal data from your devices, there are plenty of places around the country where you can recycle, sell or donate your used electronics. Clear up your old e-clutter and start recycling today.

Ways To Cure Eye Wrinkles In No Time!