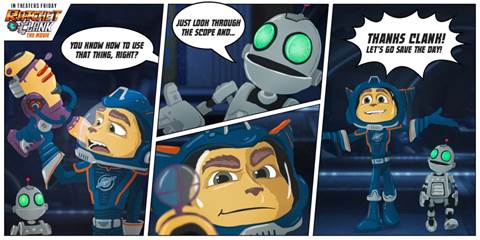 Have you went to see Ratchet & Clank Yet?

Cappuccino vs. Latte : Do you Know the Difference?

Sheepinate The Web with RATCHET & CLANK