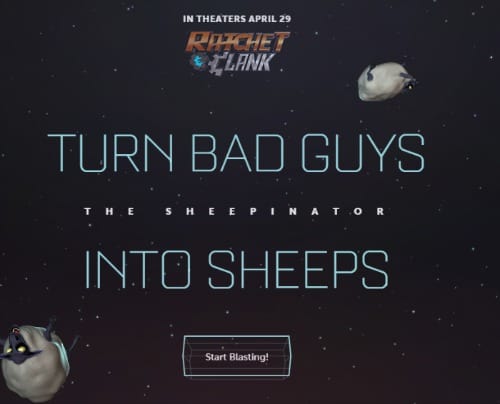 RATCHET AND CLANK INVITE YOU TO WATCH CLIPS FROM THEIR UPCOMING MOVIE, RATCHET & CLANK, AND TRY OUT THE NEW SHEEPINATOR

Use the Sheepinator to rid the internet of negative energy by zapping mean tweets into fluffy sheep: 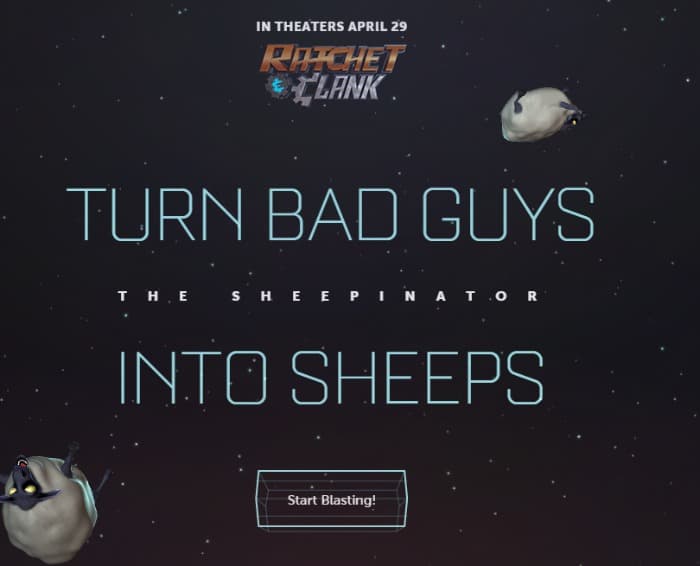