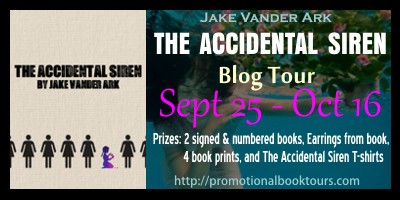 Mara Lynn is the most beautiful girl in the world. James Parker is an ordinary boy who discovers her power.

The year is 1994. James, a pudgy twelve-year-old, responds to an ad for a used camcorder at a mysterious suburban home. Before he can knock on the door, he notices boys–a dozen at least–frozen amongst the trees behind the house. Their faces are blank. One boy presses “record” on a walkman and holds it above his head… and then James hears it, the voice of a little girl. Sweet; high like a songbird without the shrill. It was a church song. It came from inside the house.

James doesn’t know it yet, but the girl he’s about to meet is a modern-day siren.

The Accidental Siren depicts the joys and consequences of young love as Mara and James meet, shoot a movie, fend off bullies, and explore the potential of infinite beauty.

“What I really want to do is direct.”

Yeah, I was that kid.

I spent my high-school career as the ghost of the art room, passionately constructing a portfolio that would provide the first step toward a creative occupation. Luckily, The School of the Art Institute of Chicago didn’t consider GPA when selecting applicants, so I was immediately accepted into one of the most prestigious art programs in the country.

Unfortunately, the only thing I learned in art school was how much I hated art.

But I found myself! And that’s important, right?

I graduated with a BFA in 2006 and moved to Los Angeles to harness my dream of becoming the next Ingmar Bergman (thanks a lot, art school).

In the three-year process of creating short films and pursuing funding for features, I learned that directing came naturally to me, but producing did not.

I wasn’t able to get a project off the ground. When my father was diagnosed with lung cancer in 2009, I moved back to my hometown of Grand Haven,

Michigan with nothing to show but three screenplays.

One day, while working as a stage manager for a national dance competition, I had an epiphany that only a repressed, depressed, living-with-his-parents artist could have: what if I wrote books? Unlike screenplays, a book is finished when it’s finished. When the final draft is complete, a book becomes a marketable product. If I work my butt off, maybe I could actually make money doing what I love!

I’m not a millionaire yet… but I did write four novels in three years and I’m proud of the accomplishment. Currently, I’m engaged to my soul-mate,

self-publishing all four books, and developing a sequel to The Accidental Siren.

*The Accidental Siren* is one of four books in the “Blank Canvas Series.” They’re all very different books, but all related thematically. The other books are *Lighthouse Nights*, *The Brandywine Prophet*, and *The Day I Wore Purple*. The first three are all available on Smashwords and Amazon.