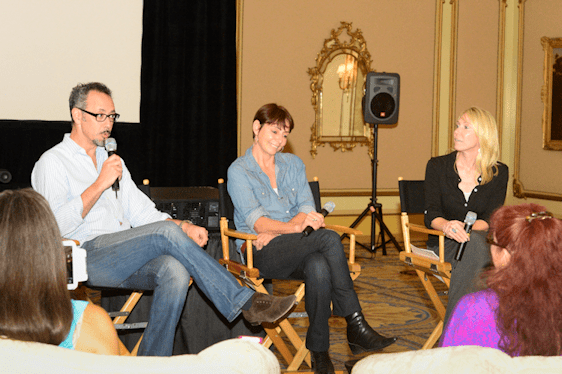 While we were in Pasadena, at the Langham Hotel for the Beverly Hills Chihuahua 3 Blogger Day Event we were able to have a Q & A with the director/producer/animal trainers for the movie.

I have never met a movie director or producer; so to say I was a bit ‘star-struck’ is an understatement. So much so; I forgot to take notes when it was most important. As you can see I forgot to take pictures at first so I appreciate Brandy sharing her photos from the event. We were able to sit in what I felt was a ‘livingroom’ style setting; which made it so comfortable. When Lev Spiro (Director) and Sara E. White (Producer) walked out it was a very exciting moment. I also have to note here that Lev Spiro comes across so easy going and nice. I wasn’t sure what to expect honestly!

When asked what the toughest part of directing this film was, he said having 27 dogs at one time on set. Each dog has its own trainer, (if not more than one). He enjoyed the challenge of taking an animal, and giving it a ‘human personality’. Once you watch this movie, you will see that is exactly what how he handled that; wonderfully!

You could tell just by listening to Director Lev Spiro, his love for dogs. When asked if his own dog was in the film, he did mention that his dog made quite a few cameo appearances on a magazine titled, “Better Dogs and Gardens Magazine“.  The reason behind this was “if his dog were to be in the movie he would have probably ate the others.”  Mr. Spiro’s humor was warm and inviting. He made us all feel at ease throughout the interview.

Along with Director Lev Spiro were Producer Sarah E. White, and Mathilde DeCagny, a wonderful animal trainer with Birds and Animals Unlimited of Hollywood. It was so  neat to hear all of the ways they work with the animals to get them to be on cue, look the right direction and perform.  I always wondered how they get the animals to ‘act’ and seem so human like. 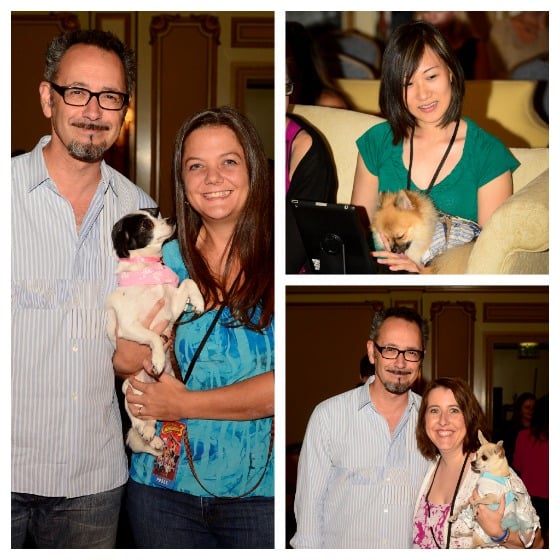 Also during this time we were able to preview the Beverly Hills Chihuahua 3 Movie! Afterward we had a lunch break before getting together with the animal trainer. Above are some wonderful bloggers that I met while at the event. (Left side: Kelli Miller with Lev Spiro and her Hurricane Katrina rescue ‘Little Orphan Annie’. , Right Upper: Cinny with her dog ‘ Sonic’, Right Lower: Melissa with’ Daisy’)

Some facts behind the scenes:

After lunch we went to learn more about how the dogs were trained for movies (and this movie).

The trainers were so neat to listen to. I have always wondered how they would get the dogs to look at each other or up to their human actor. Those questions were answered below.

Cosmo came to show us a few of the tricks that are taught to the pups when learning how to act in their scenes.

One of the new friends I made while at the event is Kelli M. from Alabama. She brought her dog “Little Orphan Annie”, who as I mentioned earlier was a rescue from Hurricane Katrina. ‘Annie’ was lucky enough to get interviewed by a local paper and have her picture taken with Papi and Chloe. It seemed only fitting as Annie is a super star in her own right!

I hope I was able to give you a glimpse of what I was able to experience while in California. I will most likely never look at a movie with animals the same way ever again. I recommend this movie “Beverly Hills Chihuahua 3” to anyone that would like to enjoy a great movie with the whole family!

My Interview with Papi & Chloe from Beverly Hills Chihuahua 3 #BHC3

My Interview with Papi & Chloe from Beverly Hills Chihuahua 3 #BHC3