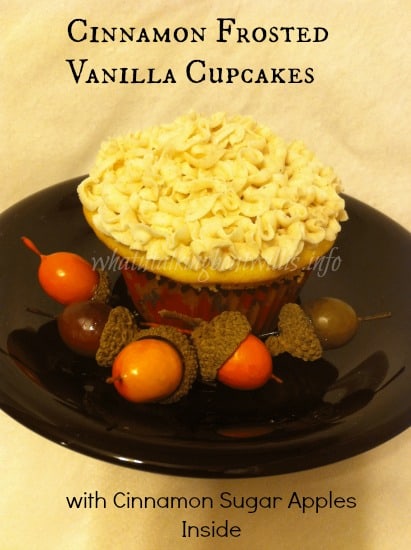 Pirates of the Caribbean: Dead Men Tell No Tales Now on Blu-ray/DVD

When I think of fall, it makes me think of  the changing of the leaves, bakery candles, apples and cinnamon. I wanted to do a twist with my vanilla cupcakes so I decided to include diced up apples shaken in cinnamon sugar. Once they were baked and frosted I had wished I had put more cinnamon sugar apples inside. Maybe next time.  I have to say otherwise they turned out pretty good and would be awesome to include for a Thanksgiving treat. Or anytime of the year for that matter.

Although this looks like a lot of directions, its not that hard, I am just including the cupcake recipe, the frosting and what/how I did it to include the cinnamon apples inside. I was going to include a picture but when I cut it in half it didn’t truly show how I wanted it to. It has been a favorite here in my house; so much I will have to make them again.

Get Ripped! 4 Tips on How to Choose a Bodybuilding Program

Gaming Development Across The Globe

Pirates of the Caribbean: Dead Men Tell No Tales Now on Blu-ray/DVD