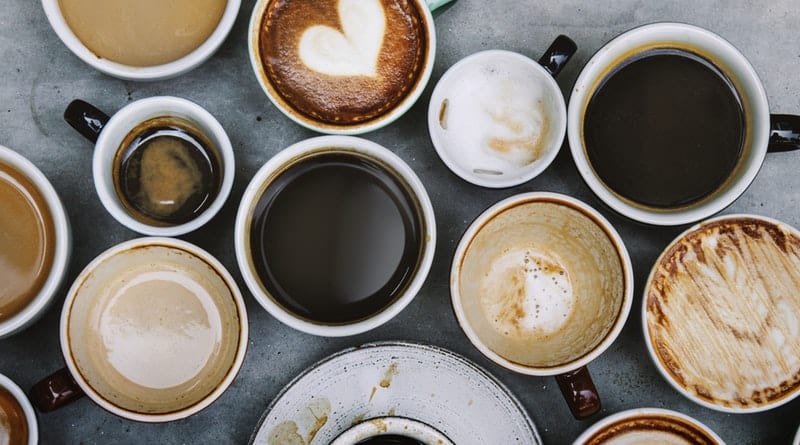 Coffee is a crucial part of many people’s day. Odds are, you already have a favorite type of coffee and you know just how to fix your coffee to kick that caffeine craving. However, a trip to any local coffee shop can tell you that coffee has taken a more artistic turn than just milk and sugar.

One of the biggest signs of this is the latte you order. You probably notice that even the most simplistic of patterns are a beautiful addition on top of your coffee. Have you ever wondered how they create these designs, though? Have you ever wanted to give it a try? Here you’ll find a coffee guide on how to create latte art of your very own.

What Goes Into a Latte?

The first question that needs to be answered is how to make a latte in general. After all, it isn’t just brewed coffee and milk. Rather, a good latte depends on espresso and steamed milk. That’s an important distinction; you can’t use regular milk poured straight out of a jug into your latte and expect to create something artistic.

How and Why Is the Milk Steamed?

First, let’s take a look at milk itself. It’s made up of a few components such as proteins, fat, and sugar. When the milk is steamed, these compounds get broken up. When you taste steamed milk, you probably notice that the milk not only has a different texture but that it is sweeter as well.

To steam milk, many baristas add the steam and then quickly heat the milk. Of course, the easiest way to do this is to use a milk steamer.

It was already noted that you can’t pour straight milk into the latte to create art but there are other mistakes that many make on their first ventures into creating latte art.

For one, you don’t want to pour the milk slowly. This is tempting because the first few times you try to make latte art, you’ll want to take your time. By going slowly, however, you will cause the milk to separate before it gets poured into the latte making latte art impossible and making the latte heavier than it’s meant to be.

You also don’t want to pour the milk from far above the mug. The goal is for this milk to set atop the latte. If you pour from high up, the milk will sink in. On the other hand, if you hold the pitcher too close to the surface of the latte, the milk won’t create a pattern. After you play with your technique a while, you’ll find the sweet spot of where to hold the pitcher and the mug.

The Mug You Choose

This might sound like an odd tip but the mug you choose can make latte art much easier. When you go to the coffee shop, you might notice that lattes are served in larger, rounder mugs. This is because these bowl-like mugs are the best choice when it comes to creating an artistic latte.

To start off, grab your mug with espresso and tilt it a little away from you. This way, you have the ability to move the mug rather than the pitcher while you create your design.

Remember earlier when we said there was a sweet spot as to where to hold the pitcher? A good measurement to start with is to hold the pitcher about an inch above the mug. For now, you’ll want to simply pour the milk right into the center of the crema.

Why Are Pilot Watches the Best Gifts?

Now, you’ll want to get just slightly quicker and speed up the pour by tipping the pitcher with your thumb. When you do this, move the pitcher just a little closer to the mug. While you do this, start to wiggle the pitcher gently in a zig-zag motion.

To finish off, you’ll want to pull the pitcher towards the edge of the mug that’s closest to you. As you do this, start to level out the mug from the tilt you had it at. While you do this, you will also want to start to pour the steamed milk slower. Before you stop pouring completely, use a small stream of steamed milk to create a line down the center of your design.

What you are left with through these steps is a simple rosetta design that many baristas depend on. A heart is another good design for beginners to learn.

As you get more skilled, you can start to branch out to more complicated designs and maybe even get creative enough to create your own. More skilled baristas even include other ingredients in their latte art such as different syrups.

5 Tips For A Stress-Free Life