Disclosure:**Disney provided Me With A Full Expense Paid Trip To San Francisco For The #MilesEvent, #GoodDinoEvent, #InsideOutBloggers  & #Waltagram Press Trip.  No Other Compensation was Given. The Opinions  In My Posts Are 100% my Own.**

I am so excited to share with you the exclusive Inside Out deleted scene “Pete Docter entitled “Joy’s Decline”.  Twenty-four bloggers and I are sharing this today in anticipation of Disney Pixar’s release of Inside Out coming to Digital HD & Disney Movies Anywhere tomorrow 10/13!

About Inside Out and Cast 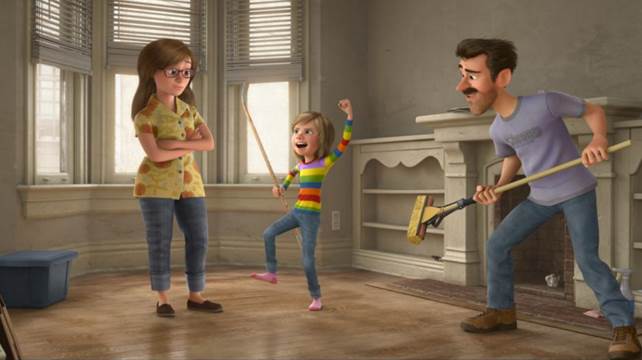 * Riley’s First Date? (In-Home Exclusive Animated Short Film) – Riley, now 12, is hanging out at home with her parents in San Francisco when potential trouble comes knocking: a boy shows up at the door. Can Mom and Dad’s emotions handle “Riley’s First Date?”

* LAVA (Theatrical Short Film) – Inspired by the isolated beauty of tropical islands and the explosive allure of ocean volcanoes, LAVA is a musical love story that takes place over millions of years.

* Story of the Story – Director Pete Docter talks about the evolution of Inside Out, from the ideas and memories that inspired the story through the hurdles, explorations and experiences that helped shape it into the film it is today.

* Paths to Pixar: The Women of Inside Out – Inside Out filmmakers, from voice actors to animators to production crew, talk about their paths, their goals, the challenges they’ve faced and the lessons they’ve learned along the way

* Mapping the Mind – Inside Out’s artists take you through the years-long process of designing and creating a world everyone knows, but no one has ever seen – the human mind.

* Our Dads, the Filmmakers – Elie Docter (daughter of director, Pete Docter) and Grace Giacchino (daughter of composer, Michael Giacchino) bring you behind the scenes for an inside look at the making of the film.

* Into the Unknown: The Sound of Inside Out – What is the sound of a memory forming? Sound designer Ren Klyce describes the challenges – and the unique solutions – involved in creating the aural world of Inside Out.

* The Misunderstood Art of Animation Film Editing – Learn more about the crucial role of an animation film editor, who helps take the story from its earliest, most exploratory versions, to the final, polished film you see onscreen. 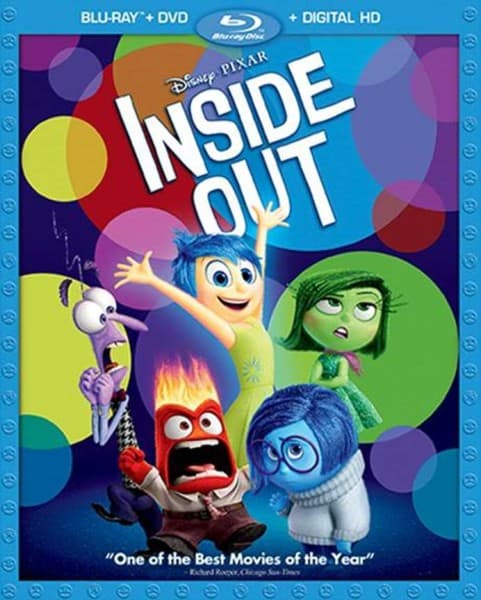 You can pre-order Inside Out on Blu-ray on Amazon (aff link) so you are sure to have your copy as soon as possible.