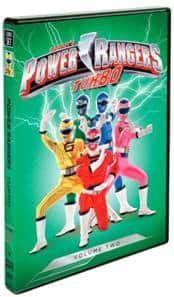 On June 3, 2014 join the Power Rangers as they battle the dreaded villain Divatox at rapid speed when Shout! Factory releases Power Rangers Turbo, Volume 2, a 3-DVD box set that contains the final 22 episodes of the series.