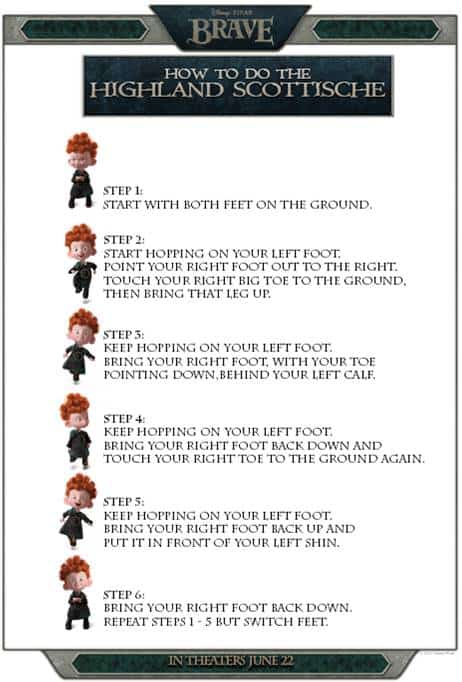 What is YOUR Definition of Diversity?

A story set in Scotland would be jiggery pokery without its share of Scottish words and phrases. And crivens, “Brave” has plenty! But it would all be for naught unless accompanied by a proper glossary, so here goes…

Indigenous, native v  Taught to filmmakers by Emma Thompson (voice of Queen Elinor), who used it to describe “Brave’s” Castle Dunbroch because it appears to have grown right out of the earth.

A Celtic trumpet with a bell shaped like a boar’s head. Held vertically so it can be heard in large crowds, a carnyx was used during wartime to send troops into battle. v  In “Brave,” it signals the start of the Highland Games.

An expression that describes something outlandish or imaginary

A dialect from the Aberdeenshire region in Scotland v  Elgin native Kevin McKidd (voice of MacGuffin and Young MacGuffin), who learned Doric from his grandfather, proposed to filmmakers for Young MacGuffin to speak the incomprehensible dialect in “Brave.”

Unwanted stomachache or a bad case of the nerves

FINISH WHAT HE GUDDLED IN THE FIRST PLACE

Fix, clean up or otherwise remedy something that’s been horribly mishandled.

An unfortunate bit of magic

GIANT HAVING A JIGGER IN THE BLUEBELLS

Similar to Dancing Tatty Bogle, something that’s absurd or fantastical

Though some will joke that a haggis is a small animal native to Scotland, it is actually a traditional Scottish pudding made with sheep’s heart, liver and lungs, encased in a sheep’s stomach and cooked for several hours. Often served with “neeps and tatties” (turnips and potatoes).

Festivals that celebrate Scottish and Celtic culture and heritage, especially that of the Scottish Highlands. Includes competitions in piping and drumming, dancing, archery, caber tossing, stone put and other Scottish athletics, plus entertainment and exhibits.

Exclamation of bewilderment or exasperation

A pleated and draped tartan fabric garment worn by Scottish men v  During the production of “Brave” director Mark Andrews and several animators wore kilts to work on Fridays—dubbed Kilt Fridays—to get in the spirit of Scotland and the film’s characters.

Unsavory person or being

An exclamation of surprise, shock or being overwhelmed

A tricky or slick being with magical powers

Belittling description of a goofy and unworthy opponent

Sink Viking ships by making holes in the bottom

A specially designed woven fabric that identifies a clan. April 6th is National Tartan Day in the United States.

A test of strength and skill seen in Highland Games in which the competitor raises a pole vertically with the small end down, and then throws it

Turnip… or foolish person. Or both.

WILL O’ THE WISPS

Ghostly lights or small blue spirits that lead the way to treasure or doom. v  In “Brave,” the will o’ the wisps lead Merida to change her fate.

Set in the rugged and mysterious Highlands of Scotland, Disney•Pixar’s “Brave” follows the heroic journey of Merida (voice of Kelly Macdonald), a skilled archer and headstrong daughter of King Fergus (voice of Billy Connolly) and Queen Elinor (voice of Emma Thompson). Determined to change her fate, Merida defies an age-old custom sacred to the unruly and uproarious lords of the land: massive Lord MacGuffin (voice of Kevin McKidd), surly Lord Macintosh (voice of Craig Ferguson) and cantankerous Lord Dingwall (voice of Robbie Coltrane), unleashing chaos in the kingdom. When she turns to an eccentric Witch (voice of Julie Walters), she is granted an ill-fated wish and the ensuing peril forces Merida to harness all of her resources—including her mischievous triplet brothers—to undo a beastly curse and discover the meaning of true bravery. Directed by Mark Andrews and Brenda Chapman, and produced by Katherine Sarafian, “Brave” is a grand adventure full of heart, memorable characters and signature Pixar h or.

What is YOUR Definition of Diversity?