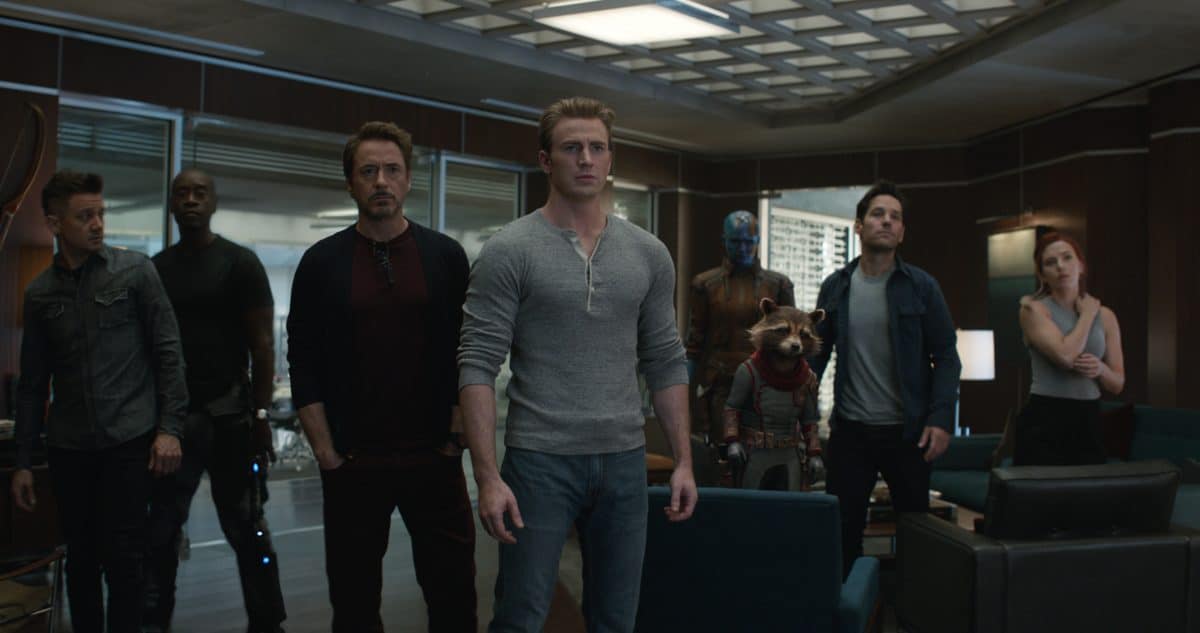 Does Your Diaper Bag Need To Go On A Diet?

109 Shares
Tweet
Share102
Pin7
Share
Share
Never have I cried during a Marvel movie and that changed this past Saturday during Avengers Endgame.  Here it is Tuesday and I am still thinking about different things that happened in the movie.
My first encounter with Marvel movies was when I was invited to Iron Man 3 back in 2013.  We had to do ‘homework’ and watch Captain America, Iron Man 1 & 2, and Avengers.  I will admit back then I was like oh great.  Once I started watching I didn’t want it to end.  From that point on I have watched every Marvel movie that has come out.  At first on Blu-ray but then when that wasn’t enough my husband and I started going to the theaters to watch them in 3D.  Now every time it is announced that one is coming I order our tickets on Fandango ahead of time so that we get the same seats.  This is one movie you won’t want to miss but make sure you do your own ‘homework’ before you go so you know what has been going on.  It is especially important that you watch Avengers Infinity War.

Our Review of Avengers Endgame:

Endgame starts off at Clint Barton’s (Jeremy Renner) house, pre-Thanos snap (Infinity War). He and his daughter are shooting arrows at a target, and his wife and 2 boys are getting ready for a picnic. All of the sudden, his family are gone, turned to dust. Cue the Marvel intro music and graphics.
We then go to the Benatar, the Guardians of the Galaxy’s ship. Tony Stark (Robert Downey Jr.) and Nebula (Karen Gillan) are on board. Tony records a message to Pepper Potts (Gwyneth Paltrow), using his Iron Man mask. He drifts off to sleep, and we see a glowing light, shining on his face. He wakes up, and what does he see? The scene then takes place at Avengers HQ, in New York, where the remaining Avengers, Cap (Chris Evans), Black Widow/Natasha (Scarlett Johansson), Banner (Mark Ruffalo), War Machine (Don Cheadle), Thor (Chris Hemsworth) and Rocket (voiced by Bradley Cooper) are trying to locate Thanos. A disturbance is heard outside, and they rush outside to see what it is. It’s the Benatar, being safely landed at HQ. A tense scene between Cap and Tony takes place (if you watched Civil War, you’ll know why).
The Avengers detect that Thanos used the stones two days ago, but unsure of where. Nebula, who is one of the daughters of Thanos, tells them where he’ll be. They rush off into space to track the Mad Titan down. I don’t want to spoil that, because it was such a cool scene, that you’ll have to see for yourself!
The story behind Endgame is to get the stones from back in time before Thanos gets his hands on them, so they can undo the snap present day. After the scene with Thanos, the movie advances to five years later. The movie has a lot of references to prior movies, so you might want to brush up on them, or, hopefully, you paid enough attention to them! The suggestion of time travel is made possible by Scott Lang/Antman (Paul Rudd). After a failed attempt, Tony joins the gang, saying he has figured out how to time travel. Lots of references to nostalgic movies about time travel (Back to the Future, for one) are made. They have one shot to get the stones, so they split up into six different groups, each one tasked to go back to a particular point in time and place to obtain the stones. There are some hilarious moments, and there are some literal tear-jerker moments.
There is a scene where past Nebula pretends to be present Nebula (without giving any details), in order to allow Thanos to go forward in time, to land at present-day Avengers HQ. A battle between Thanos, Cap, Thor and Iron Man ensues. From that point until the end is edge of your seat action with amazing battle scenes. Let’s just say, the last twenty to thirty minutes will get you pumped up, and make you cry.

The Movie of the Decade (says my husband and I agree)

This is THE movie of the year, no, decade! It closes this phase of the MCU (Marvel Cinematic Universe)….or does it? I have my own random thoughts and feelings about that, but this is my review of the movie. I’ll have to write up a post about those possibilities!. The way this was written and directed was amazing. The effects were off the charts spectacular, and the humor mixed in with the impending sadness made it a very enjoyable movie. I look forward to seeing it again, and maybe I’ll catch something I may have missed.
Without spoiling the movie, keep your eyes on Thor!

Get your tickets on Fandango Today!

Does Your Diaper Bag Need To Go On A Diet?