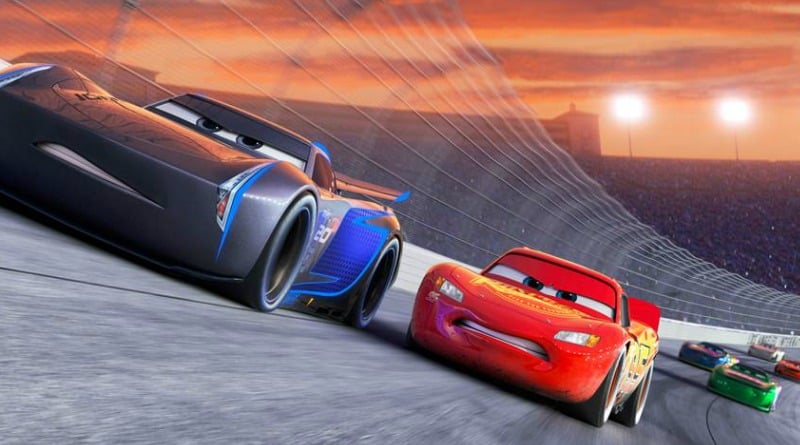 U.S. Release Date: June 16, 2017 Voice Cast: Owen Wilson, Cristela Alonzo, Armie Hammer Director: Brian Fee Producer: Kevin Reher Blindsided by a new generation of blazing-fast racers, the legendary Lightning McQueen (voice of Owen Wilson) is suddenly pushed out of the sport he loves. To get back in the game, he will need the help of an eager young race technician, Cruz Ramirez (voice of Cristela Alonzo), with her own plan to win, plus inspiration from the late Fabulous Hudson Hornet and a few unexpected turns. Proving that #95 isn’t through yet will test the heart of a champion on Piston Cup Racing’s biggest stage! Directed by Brian Fee (storyboard artist “Cars,” “Cars 2“) and produced by Kevin Reher (“A Bug’s Life,” “La Luna” short), “Cars 3” cruises into theaters on June 16, 2017. NOTES: • “Cars” (2006) and “Cars 2” (2011) took in more than $1 billion in combined worldwide box office. • “Cars” won a Golden Globe® for best animated feature film and two Annie Awards for best animated feature and best music in an animated feature production. Composer Randy Newman won a Grammy® for best song written for motion picture, television or other visual media (“Our Town”). The film was nominated for an Oscar® for best animated feature film, as well as best achievement in music written for motion pictures, original song (“Our Town”). • “Cars 2” was nominated for a Golden Globe® for best animated feature film, in addition to a host of other industry nominations.