*DISCLAIMER –  I received ‘The Little Mermaid Diamond Edition at no cost for this post! All opinions are my own and were not influenced by receiving this from ClickComm. *
Purchase on Amazon

When I was told I was receiving a copy of The Little Mermaid Diamond Edition I was SOooooo excited. I loved this movie when it came out in theaters and then again when I could rent it. The last time it came out to purchase, I could not get my hands on a copy, THAT is how popular it was!  It seems like for years I have been waiting for it to come back out of the vault as it was one of the ‘ones’ I have been missing.

Now that I have a granddaughter I will be able to share this movie with her (and my 17-year-old is a bit happy too!).   Don’t tell, but I actually watched this by myself as I didn’t want to wait plus I need to refresh my memory to do my review!

Facts About the Diamond Edition

The Diamond Edition of ‘The Little Mermaid” includes Blu-Ray + DVD + Digital Copy. This is the first time on Blu-Ray and Digital Copy. This edition includes a new music video, deleted character and more! It will only be out of the vault for a limited time so you will want to get yours as soon as it is released on 10/1/2013! (this coming Tuesday).

It has Language subtitles which includes English, French and Spanish. To learn more you can go to their Facebook Fan Page: Disney The Little Mermaid, follow them on Twitter @DisneyPictures #TheLittleMermaid. 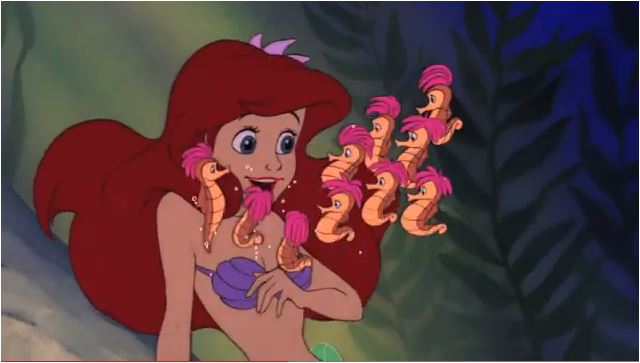 Splashing since its original debut in 1989 now enhanced for its 2013 release!

As most know “The Little Mermaid” is based on Hans Christian Anderson’s classic fairy tale which is about a beautiful mermaid princess. Ariel dreams of becoming human, (what mermaid probably hasn’t ). This movie was directed by John Musker and Ron Clements from “Aladdin” and features the awesome voice talents of Jodi Benson (from Toy Story 2&3) as Ariel. It also includes the voices of Pat Carroll; as Ursula, Samuel E. Wright; as Sebastian, Buddy Hackett; as Scuttle, Jason Marin; as Flounder, among many more. Released in November of 1989, it is the 28th film in the Walt Disney Studios animated features canon and the first in the Disney Animation Renaissance!

Ariel is a free-spirited little ‘teen-aged’ looking mermaid, who is off on the adventure of her lifetime with her best friend, Flounder.   Also accompanying them is the cute reggae-singing Caribbean crab Sebastian right by her side. (He is her protector, or at least tries to be.)   This movie is based on having the courage and determination to make ‘your’ /her dream come true. She needs to save her father’s kingdom from the ever sneaky sea witch Ursula, (she gave me the creeps when I saw this the first time, and that didn’t change!).

The animation, colors, and music are awesome! I find it true that it is about #findyourvoice which is what you see in the movie through and through; whether it be in songs or the conversations between characters. I would recommend this movie to anyone with small children, all the way through to adults (really anyone that loves a good Disney movie). 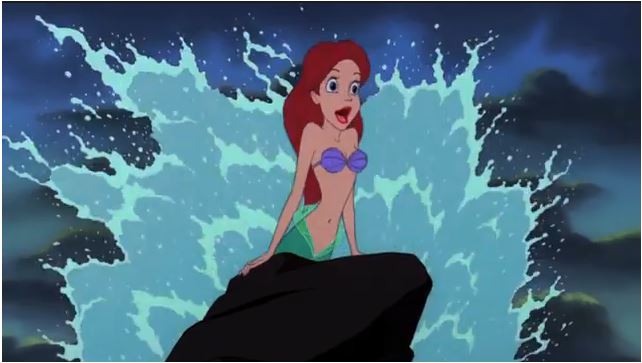 Some of the Bonus Features Include: