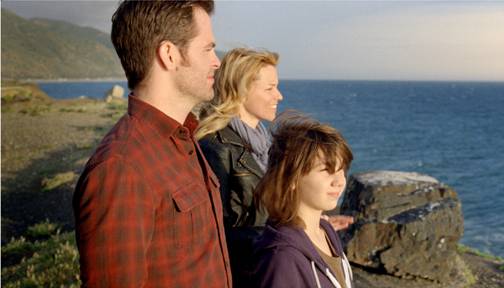 Events Launch on Brothers and Sisters Day, May 2nd

BURBANK, CALIF. (April 26, 2012) — DreamWorks Pictures announced today that they are teaming up with Sprinkles Cupcakes to promote their film “People Like Us” with events at the ten Sprinkles Cupcakes stores around the country. The promotion will run from May 2-June 29, 2012, and is centered around five family-themed holidays: Brothers and Sisters Day (May 2), Mother’s Day (May13), Visit Your Relatives Day  (May 18), Father’s day (June 17) and National Forgiveness Day (June 26).

“People Like Us”-branded coffee trucks or carts will be at various locations on Brothers and Sisters Day, May 2, to kick off the start of the promotion with free coffee. Visitors to facebook.com/PeopleLikeUs can take the Brothers and Sisters quiz and enter the “Celebrate Family” sweeps to win a trip to visit their family.

“People Like Us” is a drama/comedy about family, inspired by true events, starring Chris Pine (“Star Trek”) as Sam, a twenty-something, fast-talking salesman, whose latest deal collapses on the day he learns that his father has suddenly died. Against his wishes, Sam is called home, where he must put his father’s estate in order and reconnect with his estranged family. In the course of fulfilling his father’s last wishes, Sam uncovers a startling secret that turns his entire world upside down: He has a 30-year-old sister Frankie whom he never knew about (Elizabeth Banks). As their relationship develops, Sam is forced to rethink everything he thought he knew about this family—and re-examine his own life choices in the process.

Sprinkles Cupcakes opened “the world’s first cupcake bakery” in Beverly Hills, as reported by the Food Network, and is credited by the Los Angeles Times as “the progenitor of the haute cupcake craze.”  Founded by Candace Nelson, judge on Food Network’s hit show “Cupcake Wars,” and husband Charles, Sprinkles has inspired long lines of devoted Hollywood stars and serious epicureans alike.   Baked fresh in small batches throughout the day, Sprinkles Cupcakes are handcrafted from the finest ingredients and contain no preservatives, trans fats or artificial flavors.  Sprinkles has 10 locations nationwide, a traveling Sprinklesmobile – the world’s first cupcake truck, and sells its cupcake mixes at over 250 Williams-Sonoma stores throughout the US and Canada.  In 2012, Sprinkles debuted the world’s first Cupcake ATM and continued its foray into classic American desserts with the launch of Sprinkles Ice Cream.  For additional information and a list of future locations, please visit www http://www.sprinkles.com.

PEOPLE LIKE US hits theaters everywhere on June 29th!