How To Shop For Music Online

*I received a Blu-Ray copy of the movie “Pinocchio” in order to facilitate this review, however as always opinions are 100% my own. ‘

Do you have a favorite Disney movie?  Most of us do and for me, I would have to say that Beauty and The Beast, as well as Pinocchio top my list as being my “favorites”.  I can remember watching Pinocchio on VHS tapes and then waiting for it to rewind (which took forever), just so I could watch it again.  Today January 31,2017 Pinocchio is being released for the first time on Digital HD. Oh how times have changed huh??

Gone are the days of watching films over and over one right after another but my love for movies still exists today and watching Pinocchio made me think about the days gone by. But I think that one of my favorite quotes from this film is, “When You Wish Upon a Star” your dreams come true!! Because it really does happen if you put your heart into it as well as that being one of the most “magical” things about Disney films.

Pinocchio, Gepetto and even Jiminy Crickets all played very important roles in this film and they became a true family. Always prove yourself brave, truthful and unselfish in life and you will go farther than you ever dreamed possible.

Disney’s timeless tale Pinocchio, considered one of the greatest animated films ever made with two Academy Awards, joins the Walt Disney Signature Collection. Now it will delight a whole new generation of dreamers with its masterful animation, unforgettable characters, and award-winning music. The movie which inspired the world to wish upon a star, arrives for the first time on Digital HD and Disney Movies Anywhere on Jan. 10, and on Blu-ray™ and DVD on Jan. 31 with hours of new and classic bonus features.

Debuting on Digital HD Jan. 10 and Arriving on Blu-ray™ Jan. 31 with hours of new and classic bonus features.

“Pinocchio” is considered one of the greatest animated films ever made, with two Academy Awards® — for best original score and best original song “When You Wish Upon a Star” – and a rare 100% rating on Rotten Tomatoes. Now, it will delight a whole new generation of dreamers with its masterful animation, unforgettable characters and award-winning music.

The Walt Disney Signature Collection release includes hours of classic bonus material and exclusive features including a reinvented rendition of “When You Wish Upon a Star” created and performed by music influencers from Disney’s Maker Studios; never-before-seen artwork from the film’s Pleasure Island sequence; archival recordings of Walt himself during “Pinocchio” production; and a recently restored and scored 1927 short featuring Oswald the Lucky Rabbit.

“Pinocchio” tells the tale of wood-carver Geppetto’s beloved puppet who embarks on a thrilling quest – with faithful friend Jiminy Cricket – that tests his bravery, loyalty and honesty, all virtues he must learn to fulfill his heart’s desire: to become a real boy.

Be sure to get social with Pinocchio on  Facebook  and check out all of the fun things on the Website too. 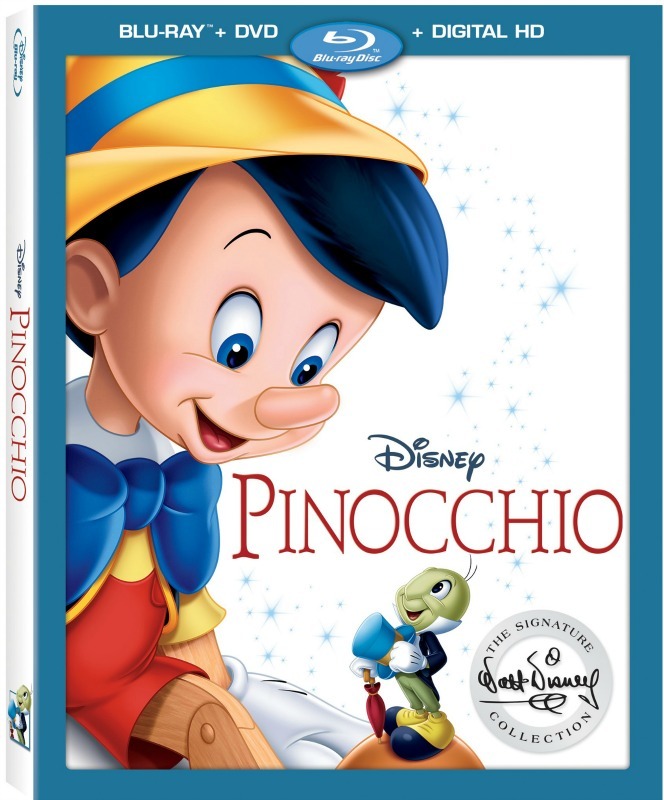 Buy on Amazon  (This is an affiliate link meaning if you purchase from it I will receive a small commission.  This doesn’t affect your purchase. I am just disclosing it for your knowledge.)

How To Shop For Music Online