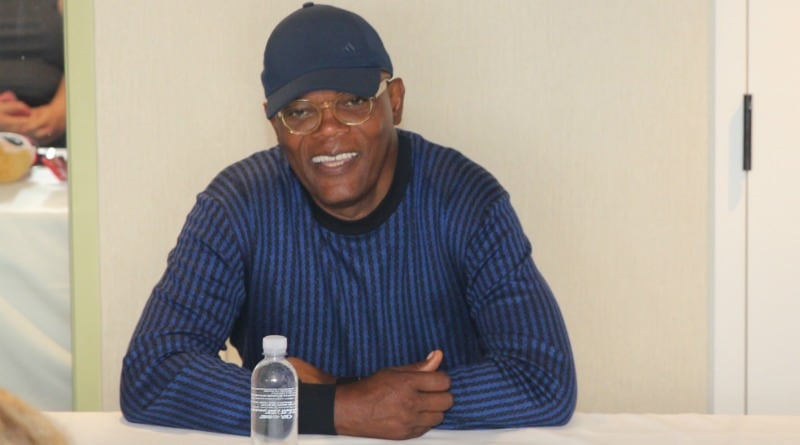 Disclosure: I went to LA to help cover the #Incredibles2Event, #BigCityGreensEvent, and #PixarFest with 24 other bloggers.  This is an all expensed paid trip by Disney to cover this press event. All opinions are my own.

Ohhh, Samuel L. Jackson.  Saying his name has always felt like such a powerful force, let alone the man himself.  I have always known if he was in a movie, it had to be great.  Interviewing him was nothing short of spectacular.  I wasn’t sure at first because many of his answers were yes or no, but once we got into the meat of the interview it all just flowed.

Before I tell you why Samuel L. Jackson would “freeze” the early 70s as a real-life superpower I wanted to share a few other things that he talked about during our interview.

8 Fun Facts You Might Not Know About Samuel L. Jackson

When Asked if He Could Freeze a Moment in Time…..

His answer was like the early seventies.  He was in New York when he started his marvelous journey (acting).  Samuel said that during that time you felt like you were going to conquer the world and be the best actors on the planet.

He and his wife thought they were going to be Liz Taylor and Richard Burton, as it was a vibrant time in New York City.  There were so many of them there, referring to actors.  This time was a great time for work and comradeship.  He was able to meet Morgan Freeman, Alfre Woodard, Denzel Washington, Laurence Fishburne and others.  Everybody was working, as they worked together, ate together, went to auditions together and also visited the same unemployment office when they weren’t working.  He felt that this time period were not only vibrant times but also learning times.

Due to all of this, it really cemented some really great friendships and just the challenge of being on stage with those people and just wanting to be better, wanting to be good and making all of those things happen.  It kind of makes them who they are on screen for everybody.  They all had that discipline, and all that, working together and learning how to be an ensemble and not just outshine everybody who is around you.  He also said, “Sometimes you can’t help it, because the other people aren’t so good at which time he did laugh a little, but to him being there and being in that time would be great again.

Be sure to watch for the newest addition to the rides that are going to be Incredible! The Incredicoaster will open on June 23rd

You can also read about my time at PixarFest at Disneyland here. Also our interview with Craig T. Nelson and Holly Hunter.