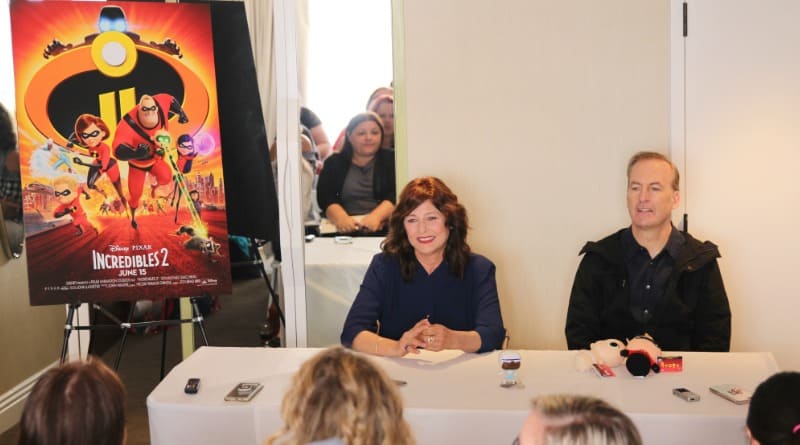 Chatting with Sophia Bush About Voicing Voyd, Activism for Women and Throwing the Trash Out

Disclosure: I went to LA to help cover the #Incredibles2Event, #BigCityGreensEvent, and #PixarFest with 24 other bloggers.  This was an all expensed paid trip by Disney to cover this press event. All opinions are my own.

It isn’t every day that you get to interview smooth-talking lawyer Saul Goodman/Jimmy McGill from the AMC crime drama series Breaking Bad.  But when they voice a character from Incredibles 2, your window of opportunity gets even bigger.  Bob Odenkirk voices Winston Deavor in Incredibles 2 and his ‘sibling’ in the movie Evelyn Deavor who is played by Catherine Keener.  Catherine Keener’s mainstream break with Being John Malkovich in 1999, which earned Keener her first Oscar nomination. Since then, Catherine Keener has starred in several critically acclaimed films.

Incredibles 2 is showing in a theatre near you.
Purchase Your Tickets here on Fandango.

You can also read about my time at PixarFest at Disneyland here. Also our interview with Craig T. Nelson and Holly Hunter.  Also, enjoy our interview with Samuel L. Jackson (Frozone) and the director and producer of Bao (the Pixar short that comes on before the movie), our interview with Huck Milner (Dash Parr) and Sarah Vowell (Violet Parr).

The Sandlot’s 25th Anniversary in Theaters July 22 and 24

Chatting with Sophia Bush About Voicing Voyd, Activism for Women and Throwing the Trash Out